I have been using Blogger for years now but recently I decided that I wanted to do something different…so I’m moving over to WordPress. I’m still in the process of editing posts and importing and such, but hopefully it will continue to run smoothly. You can follow me there at EbonyInkReviews.
Posted by Jen at 2:41 PM No comments:

I've been trying to update the look of the blog, but I was having a bit of trouble with font color. This may have to do for now. I'm considering migrating over to WordPress, but I don't know which is better. Any thoughts?

Slow reading as of late, but here's the list anywho... 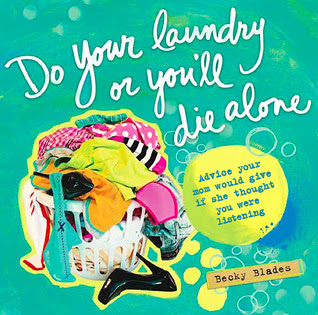 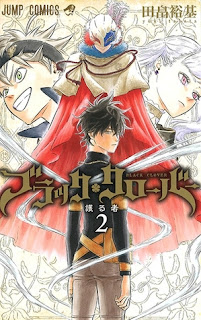 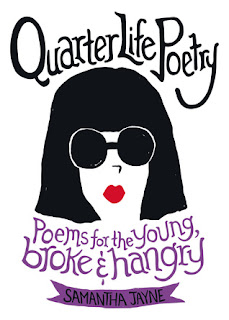 Well, I looked up the publishers for some of my alltime favorite books, and here's what I came up with...

I believe this is a complete list of all the movies I saw in theaters (so far) this year, and wouldn't you know, it comes to exactly ten. Technically TFA was a rewatch, but details... Listed in order of most to least liked (though I pretty much enjoyed them all).

My inner fangirl was so so hyped for this film...and it was thoroughly satisfied. #TEAMCAP

I'm only listing this as second since I technically saw it for the first time last year. But I'm a newer lover of Star Wars and this movie is just everything I'd hoped for. I hope the next few films are just as good...

Just saw this last night. Benedict Cumberbatch did a remarkable job, and I loved the trippy feel of this film. I was alittle squeamish during all the emergency room scenes, though...

This. Movie. Was. Perfection. I would honestly say that this is my favorite animated movie...ever.

I was surprised how much I liked this movie. Grant it, it's been a few years since I read the first book so I honestly couldn't remember how it was supposed to end or how closely it followed. But I love Tim Burton, so this was a win-win for me either way.

This was super cuuute, definitely didn't flop like I was worried it would.

I actually enjoyed SS, but I do agree it could have been better. There was definitely not enough Joker...

I was pleasantly surprised by this, the timey-wimey, steampunk feel was perfection, and Johnny Depp is the Mad Hatter.

This was a cute movie, but not nessecarily one of my most favorites...

Edit: I also saw Central Intelligence at some point, and while I love 'The Rock' & Hart, this movie did not appeal to me like it did to my teenage bro and his friend...

So it’s been nearly a week since Election Day. I do try to keep my political views private and stay out of most conflict when the opinions run rampant and the heated arguments flare up. I don’t really want to write a lengthy post, either. I just have felt so disheartened and anxious these past few days. I’m saddened by the level of hatred that has surfaced over the course of this presidential race. It truly sickens me. I wish I could say more than the usual “spread the love” spiel…but to be honest, I don’t know what else I can say right now. I am so sorry to those that some of this hatred is directed towards.

I don’t want Trump to fail, as far as being a successful president of this country is concerned. I want these next four years to be ones of progress and growth. But deep down in my gut, I don’t honestly believe that he’s the one to do that. I want love and support to surround those who are so fearful right now. I want them to know that there are people out there who are here for them, who are seeking to expand our understanding, who know that they’re not throwing a temper tantrum.

Over the past few years, I’ve felt myself grow as a person. My interests have changed, somewhat. I’ve become more open to new ideas and points of view. But the last two years or so I’ve seen the most change. I've grown closer to one friend who shares most of my ideals and it's refreshing having late night conversations with her about life. Graduating from college was a huge step for me as well. Some of you might know how truly anxious and depressed I was feeling, specifically during senior year. It was a tremendous struggle, but I got through it mainly with the support of both a dear close friend and a loving mother. I graduated with a Bachelor of Arts, Cum Laude, joined the Art History Honors Society, and got two minors under my belt to boot.

I’ve been struggling with the job search, as I’ve stated before. It’s not really that I don’t know what I want to do, it’s just getting to that point. I studied some graphic design in school, but switched to studio art when I felt I didn’t get to work on my illustration skills. I experimented with tea and ink painting, and I studied Asian art and history extensively. I enjoy photography as well, but haven’t been able to pursue this as of late since I don’t have the proper equipment. I didn’t pursue my fictional writing skills as much as I would have liked during college, but this is something I’ve been meaning to work on lately. I’ve told people time and again that I have no interest in pursuing a master’s degree, and I really do think I need this year off for a bit of a breather…but I have been reconsidering this disinterest. It might be benificial to me to pursue an English degree of some kind in the future, if I truly want to make writing apart of my career.

The month is almost halfway over, and I’m feeling bummed out that I haven’t made much progress in my goals for this month. I wanted to buckle down on some reading and writing, as well as expanding my online art presence (which would actually require me working on some projects that I’ve set aside), and I wanted to make some noticeable progress with my job search. But unfortunately, I haven’t been very successful, and this past week and all its drama has been a bit of a thorn in my side. So basically I just wanted to get this all down and share something a bit more personal than usual.

I'm hoping to get a review out later this week, but if not then definitely a Flashback Friday post. Enjoy this rather chilly Monday and I hope the upcoming days are better, lovelies. Until next time...

These are the most recent adds to my TBR pile as far as Goodreads is concerned...


Untitled by Maggie Stiefvater
Posted by Jen at 10:00 AM No comments:

A day behind with this, but better later than never...

So I've been working on a few books for awhile now, got a few more out, & took a few more back. I tried reading a few spooky books for Halloween but I think I might try again for most of them next year. I'm having a hard time really getting into a good book right now, to be honest. I go through reading slumps and once I find one or two that snap me out of it for a bit, there's always this sense of panic as I search for the next awesome read before I fall back into the slump once again. Well...here's what I'm reading right now, anyway.

Jen
Maryland, United States
I am a 20 something art student in my senior year, who just likes to read and write in her spare time. I enjoy mainly YA, JF, fantasy, paranormal, or steampunk, as well as many genres of manga.